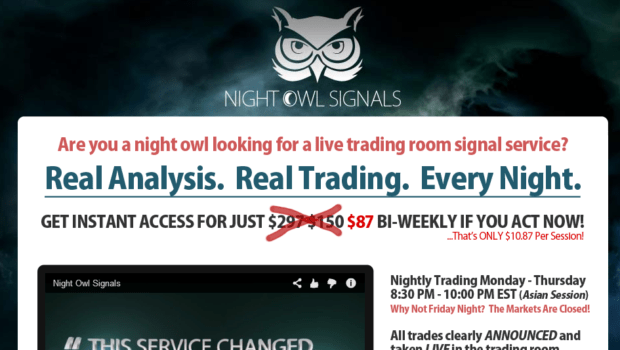 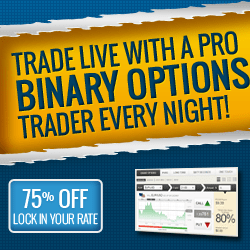 Night owl signals is a new binary options for live trading room signal service that runs from 8:30 PM to 10 PM Eastern standard time during the Asian session Mondays to Thursdays.

Today I will be providing a review and letting the readers of binary today understand the potential benefits and drawbacks of this new signal service.

The night owl signals service is just getting its feet on the ground so there is not a lot of information but I will do my best to provide what we know so far. In order to gain access to the signals traders have to be inside the live trading room that takes place for an hour and a half every night. In this live trading room the trades are announced and the trades are then placed. The expert traders providing the signals use real-time fundamental and technical analysis to determine the trades. 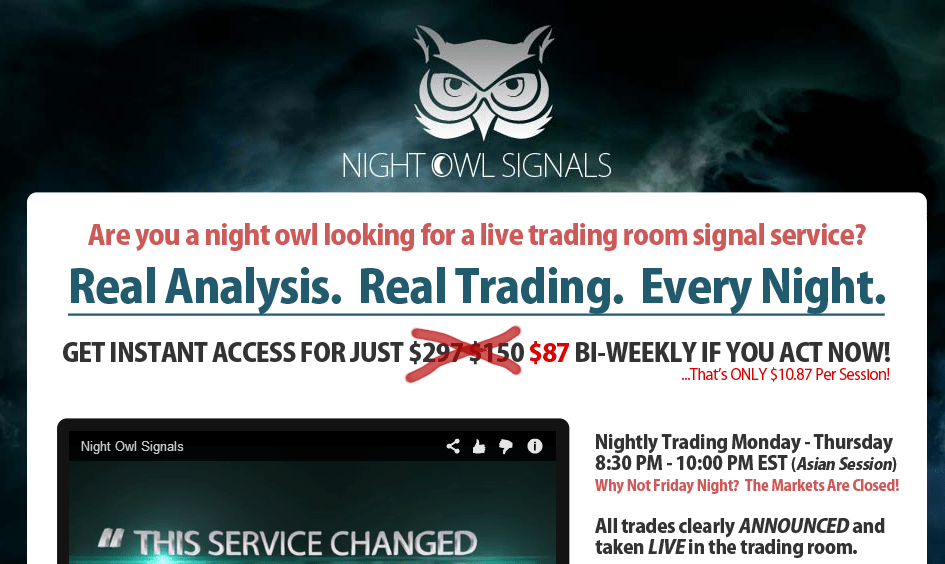 We are also shown that the night owl signals can be accessed using a smart phone or tablet by downloading the trading room in the app store. This is a convenient tool that I do appreciate. One thing that bothers me for this service though is the price. In order to gain access to the live trading room cost is $87 biweekly so nearly hundred and $70 a month. For a service with no track record I find it very difficult to shell out this type of money.

At this point in time there is no record of trades because the night owl signals service has just been released. I will not be able to recommend this signal service to any binary today reader at this point in time because they do not have enough information or track record. If you something you would like to contribute to this review please leave some comments below and I will respond to every single one of them. Take you for coming to the website today and I hope that you find some information here that will help you in your binary options trading journey.

John Kane I am a full time binary options trader. I was able to leave my job in the last 5 years and dedicate myself to trading fully. I never thought my hobby and passion would make a living for me but I am grateful every day that it has. My main goal now is to communicate with the binary trading community, contribute to different websites and learn from other traders.

Disclaimer: Binary Today would like to remind you that the content contained in this website is not necessarily real-time nor accurate. Past performance does not guarantee future performance, the above is not indicative and is purely for educational purposes only. Relying on the above for investment, trading or betting in binary options or Forex is not advised unless done so with virtual money only.

Binary Today or anyone involved with Binary Today will not accept any liability for loss or damage as a result of reliance on the information including reviews, recommendations, charts, software, income reports and signals contained within this website. Please be fully informed regarding the risks and costs associated with trading the financial markets, it is one of the riskiest investment forms possible.